Fishing for Dolphin Fish in the Deep Sea 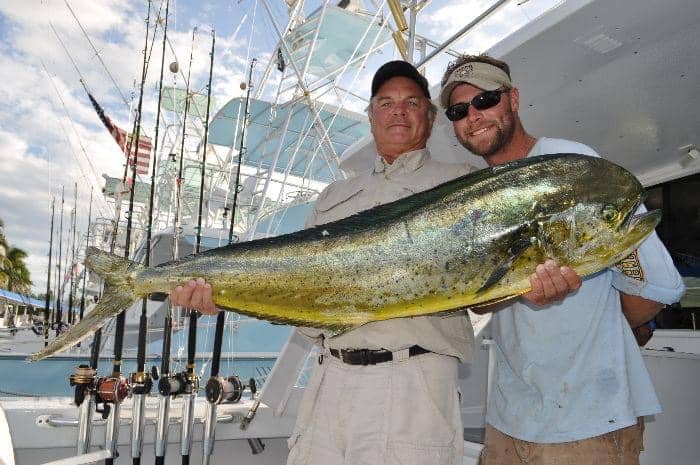 One of the most colorful game fish swimming off Miami, fishing for mahi mahi or common dolphin fish is almost a year-round activity. The dolphin fish however is not a dolphin. Dolphin fish are ray-finned fish, unlike dolphins, which are mammals. Previously, the dolphin fish was assigned to the genus Dolfyn, which may have contributed to the species’s muddled name. It also has a melon-like head, similar to that of a dolphin.

While offshore fishing in Miami, it’s usual to come across schools of dolphin fish. The majority of the fish we see in the spring are a little bigger, and the schools have less fish in them. In small schools, dolphin fish can weigh anything from eight to twenty pounds. Encounters with the larger coupled fish, on the other hand, may be more prevalent.

Dolphin fish are carnivores that feed on zooplankton, squid, crabs, and other small fish. As a sea creature, the dolphin is one of the most acrobatic predators. When caught, they continuously leap out of the water until they either shake free or exhaustion sets in, at which point they fall victim to the prowess of the angler. When marlin fishing in Miami Beach, it’s customary to hook one fish and release it to draw the school to the boat. Fishing for mahi in Miami is a lot of fun, and you don’t have to feel bad about stocking up on dolphin fish because they are a sustainable species. In local restaurants, they are one of the most popular dishes on the menu.

Interested in catching some dolphin fish? Book a Miami deep sea fishing trip with Captain Stan and his crew.