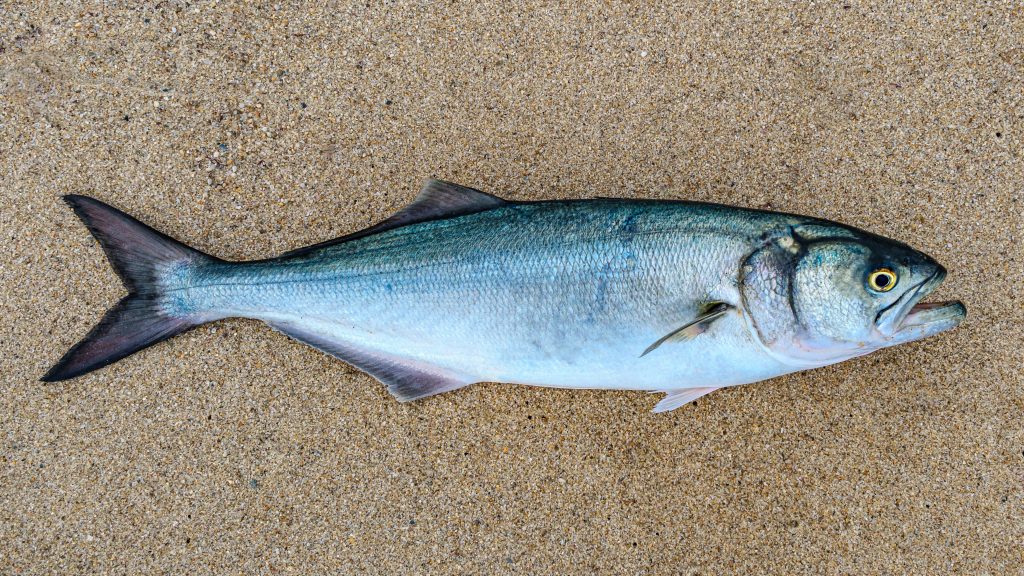 Bluefish are a common catch in the waters of South Florida. They have tiny scales and are blue with a green tint on their backs, but their sides are reflective, silvery color. They are one of the prettier colored fish to catch when Miami deep sea fishing. All their fins are relatively the same size, with a black blotch at the base of the fins on their “chest.”

There aren’t many other fish that resemble the bluefish, but many people mistakenly refer to them as an angelfish (which is a freshwater species that look quite different and have much larger back fins than the bluefish. In fact, they are the most popular tropical aquarium fish species, not a Miami fishing species).

Bluefish can be found inshore in the warmer spring and summer months but move more offshore in the colder fall and winter months. Species in the northeast Atlantic waters migrate south to the east coast of Florida at this time. They are known to travel in large schools with similar-sized fish, including baitfish.

The state record for this more colorful Florida fish species (hence the name!) sits at 22 pounds and 2-ounces from Jensen Beach, roughly two hours away from Miami. This is a huge catch considering the average bluefish size is three to five pounds.