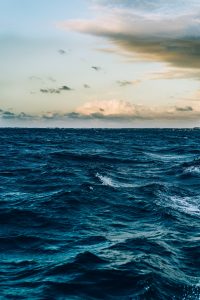 Blacktip sharks can be seen in warm tropical waters worldwide, often coming across people, making Miami a great place for it to call home. They love to hang out in bays, coral reefs, and shallow waters offshore, so they aren’t hard to find when Miami deep sea fishing. Summer usually sees them off as they travel to cooler water to spend their days, but many choose to stay in the warm Atlantic water all year round.

It’s not unusual to find them above water. Blacktop sharks often leap and rotate, splashing on their backs as they hit the water again. While it may be entertaining to watch if you happen upon them when marlin fishing in Miami Beach, this show isn’t just for show. They do it to strike their prey, just below the surface, feeding on bony fish that stay there. Some even say that they follow boats to eat the discarded bycatch!

Their bodies are roughly medium-sized, most commonly recognized by the black-tipped pectoral, dorsal, and tail fins. These markings are how the blacktip shark got its name. Sometimes they are mistaken for a spinner shark since both have torpedo-like bodies and spin out of the water when feeding.

Blacktip sharks are curious about human behavior but usually stay at a reasonable distance away from people. They aren’t seen as highly dangerous species of shark but keep in mind, they are sharks and may get aggressive when food is nearby.

These sharks may seem abundant but are falling into extinction because of habitat destruction and overfishing. There are no current international management plans for blacktip shark fisheries.

If you see one while fishing in Miami, marvel at their entertaining behavior as you enjoy a day at sea!